It’s about a year since I first heard the curious name: Earthship, and ever since I’ve continue to learn about, what is now known as Biotecture. Never was there a concept so mutually agreed upon to be a good idea, that as hard as anyone tried they couldn’t come up with reason to not like earthship construction methods. For sure someone could still build a complete hovel in mud, worse than a cave using this architecture and also there are systems in the structure that can be poorly installed and make problems, like a normal home, but the overall concept just makes so much sense that we absolutely must promote this new way of building human habitation.

It may sound funny to some, calling Earthships new because they’ve been around since the ’70’s but it’s really just been in the last decade that they’ve started to become mainstream, and recognized universally. There are earthships on every continent and all the major countries of the world but more importantly there are builders who have taken away the knowledge and gone on to build more, bigger and better projects, all of which helps to improve the techniques and increase the number of people telling other people about this great idea.

The early earthships were very surreal looking and many styles and types of material had to be tried and tested. The early adopters were very open minded, often artistic types who wanted to create a masterpiece, as a place to live. Birds of a feather (as they say) attracted more creative spirited people, who were willing to take a chance, work really (extra really) hard. On building structures that redefine environmentally friendly construction, as these houses are built of earth, in the earth. 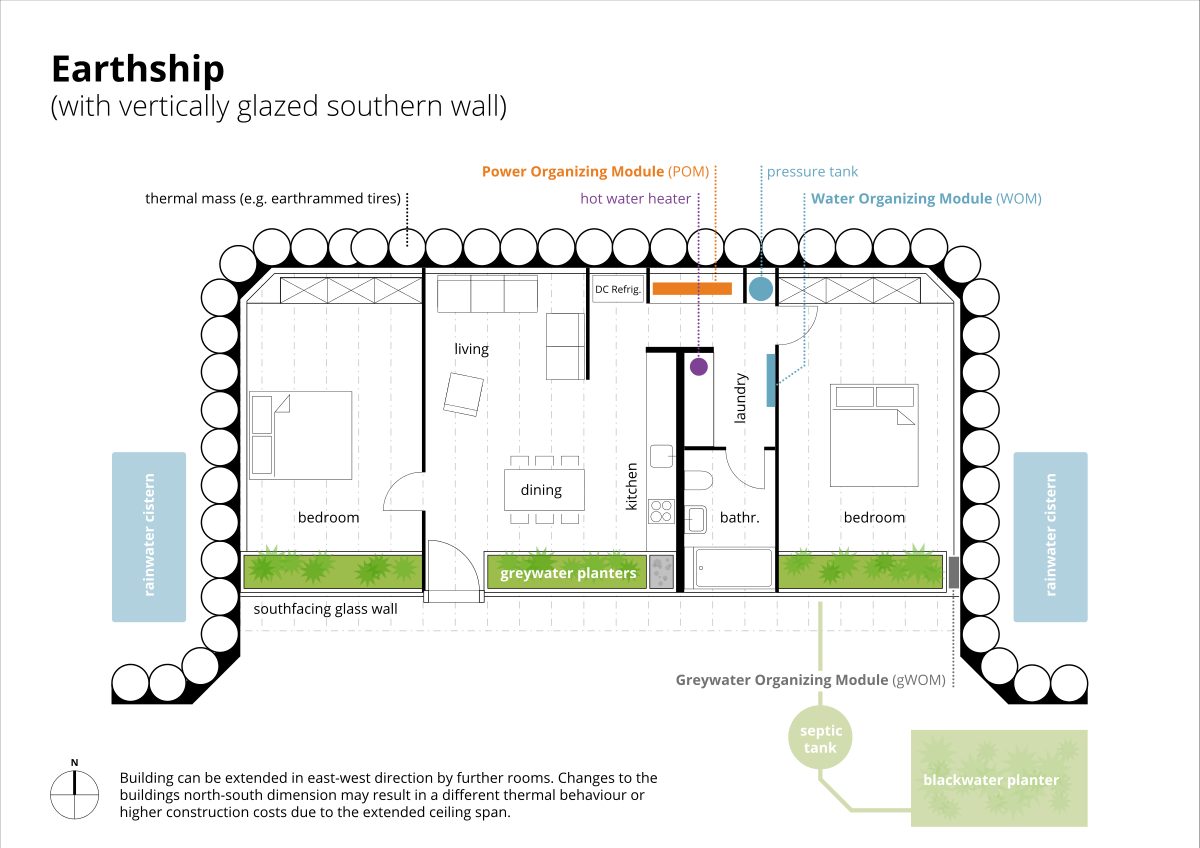 First experimental house completed new Taos, New Mexico using empty steel beer and soft drink cans the house was built using curved walls because they have more strength, resulting in pie-shaped interior rooms. There is a lawn care spot near the lawn on the roof below the overhang at the top of the structure. Re-cycled paper pulp is used to cover the the ceiling of the interior. Later homes were built without curved walls after the designer found the cans would support much more weight than they would have to bear. University tests later substantiated his finding.

I predict that a decade from now, biotecture will be more the norm than the exception. Okay, maybe two decades from now….

Expat Canuck living overseas and loving it.
View all posts by Aaron →

Brought to you by FATCA
Resilient Community Planning